A finish and a start 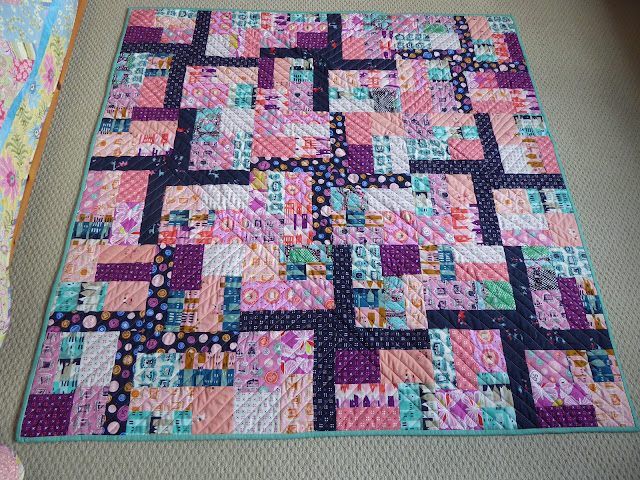 Here is a picture of my now complete Cutting the Cake quilt from Kimberley Einmo's workshop at Houston. The straight line quilting while not very close lines seemed interminable. I'm pleased with the bright binding and the Luke Haines brushed cotton back. I'll take a vertical picture of it on retreat next week.
On my return I'm down to do alternative hand quilting stitches at Quay. Fortunately I've located my previous samples but the sample quilt was sold last summer so now I've embarked on a fresh one. I'll keep it as an ongoing project as needed.

Get Together Sewing Day

We were a slightly smaller group this month but we still had plenty to eat and things to show.


Posted by Quayquilter at 12:06 No comments:

Back to Torquay and Torre Abbey next door to the centre where there was an exhibition of quilts from the Quilters' Guild collection both old and new, as the Guild seeks to collect or commission works by significant quilters. Deirdre Amsden, Dinah Travis, Pauline Burbidge and Sara Impey were represented here. 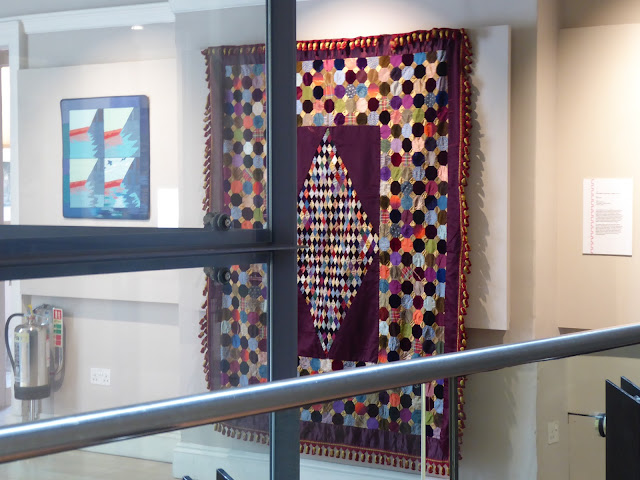 Posted by Quayquilter at 11:49 No comments:

Again there are different ways of piecing the flower block: here's what I did: 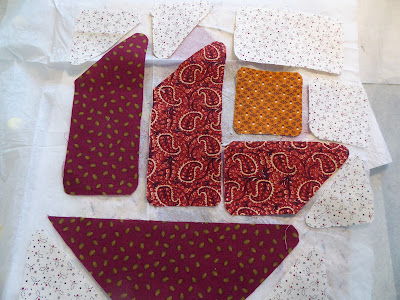 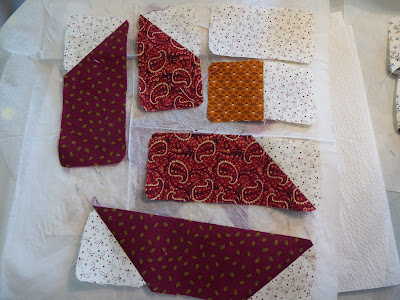 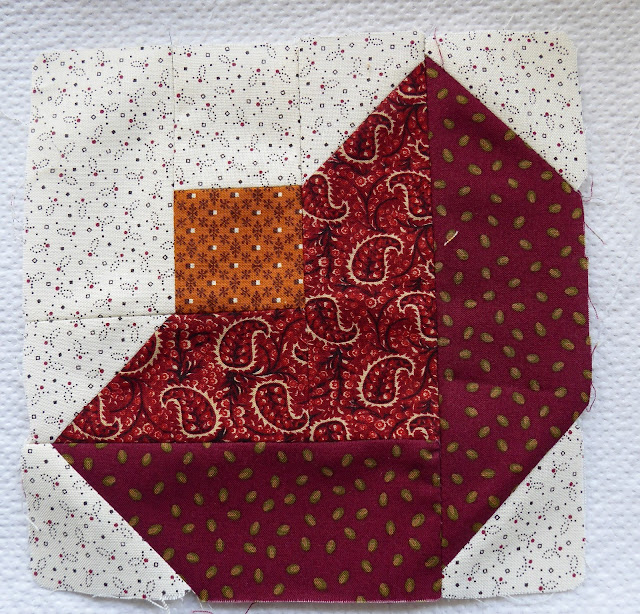 The piecing resembles Log Cabin as you can only attach one piece at a time.
Posted by Quayquilter at 21:51 1 comment:


You could make this with all HST's but I chose to combine pairs together into a QST "goose" but that affected the piecing which couldn't be done in rows.

Posted by Quayquilter at 14:39 No comments:

The five Bonnies have embarked on a new pattern, Fran's choice. It's by Jackie Taylor of White Cottage Crafts. Two 6" blocks done, 44 to go.


Posted by Quayquilter at 18:09 No comments:

On the way home we stopped for a picnic lunch at a National Trust property, Lytes Cary, an old medieval but restored  manor house in a lovely peaceful setting. We had stopped there on the way to Torquay too when I noted an old 18th century quilt in the bedroom. So coming back I nipped up with my camera to take some pictures (allowed if no flash).
The shapes and arrangement are quite unusual. Some shapes which one would expect to be composed of several patches were in fact made from a single piece of fabric.

More Inspiration at the Guild AGM

This morning I attended two lectures Firstly by the amazing one of a kind Sandie Lush and next Kate Dowty who has also carved her own path from the outset.
Sandie is known for amazing hand quilting and the patterns she has created for others to use. Considering the quality of her work her output is remarkable. I've just included one picture and not a typical one as wholecloth is hard to show properly. Jen Jones wanted quilts inspired by the Welsh quilts in her collection. Sandie is known for quilts representing knitted garments. For  this one she turned the tables and knitted a quilt and the quilted it with thick thread. I was amazed at how many of her intricate pieces have been made as gifts for others.


Posted by Quayquilter at 00:19 No comments: