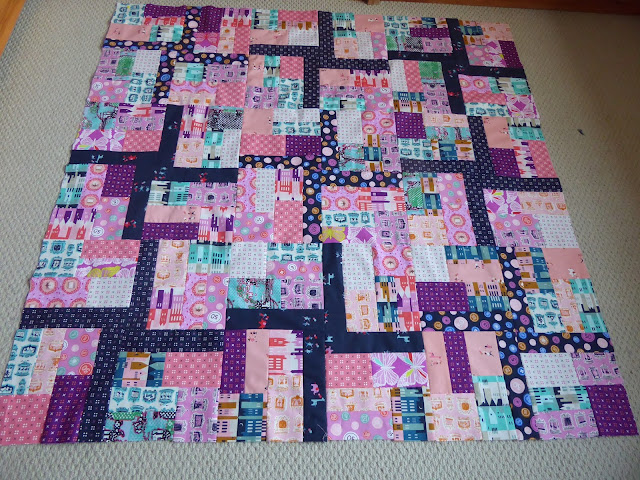 I have finished my Cut the Cake top which I'm not very thrilled about mainly because the layer cake was very repetitive with at least to and sometimes three repeats of the same fabric. Hopefully some lover of clay pink might like it. I liked the pattern and the sewing but might like to take a more considered path next time.


Monday was the second and final Log Cabin workshop led by Judi Kirk and like the other fully booked with 20 sign ups though not all could make it. It was a very satisfying day for the participants with just the right level of difficulty, improvisation and not too difficult sewing. The original worksheet was drawn up by Heather Hasthorpe for the Guild's specialist Modern Quilt Group but Judi provided some much needed extra guidance and measurements as well as pointing out possible pitfalls. As ever, it was interesting to see people's different fabric choices. 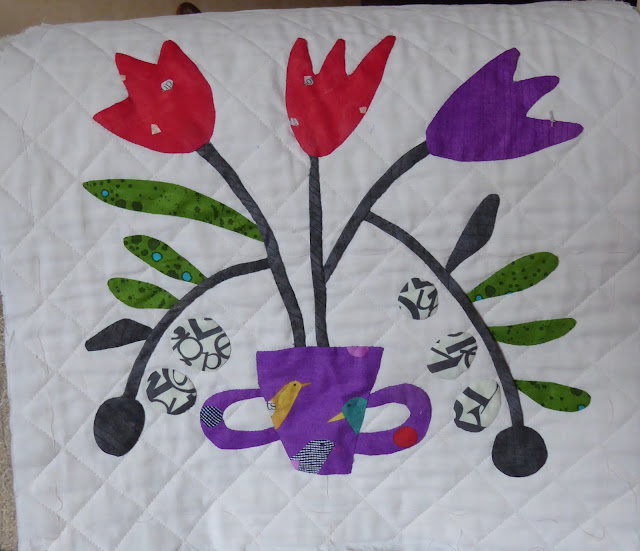 Posted by Quayquilter at 10:34 No comments:


It was Usual Suspects on Monday (but I didn't take any pictures), then The Guild Modern Log Cabin on Wednesday which Judi led with  Heather Hasthorpe's notes for the MQG as a starting point, Quay Quilters at night (where most photos didn't come out) and on Friday one of the Queen Beez occasional get togethers. On Saturday it was the Region 2 Guild committee meeting (but definitely no pictures there). Judi and I are on Hever raffle quilt duty so friends and helpers might want to avoid us for the next few months.

Some scrap quilts at Houston

Posted by Quayquilter at 20:23 No comments:

Sewing it all together

First social sewing since getting home - just 3 days!
We gathered in a lively decorative schoolroom (cold though) to trim and assemble the blocks for our raffle quilt. Some points were lost; sometimes little strips were added to bring one up to size but once we began to join them QAYG it started to look really good. Just large sections and borders to go now. Some machine sewed, some hand sewed the joining strips on the back and some both. We enjoyed a lovely shared lunch. We can cook and bake too.
We are following the Houston Stars pattern by Gwenfai Rees Griffiths published some years ago in British Patchwork and Quilting magazine.

Posted by Quayquilter at 16:34 No comments:

The Art of Quilting

I am more of a fan of traditional quilts - SAQA and the  like with one or two exceptions do little for me though I do recognise the consummate skill and artistry of the makers. I do like some of the more decorative pieces especially huge blown up flowers but of course some items do catch the eye and if I was in that purchasing league I should like to hang them on my walls.

Posted by Quayquilter at 14:36 No comments: 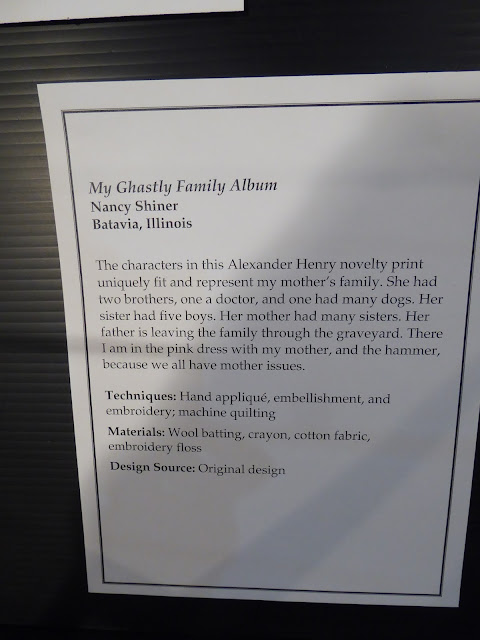 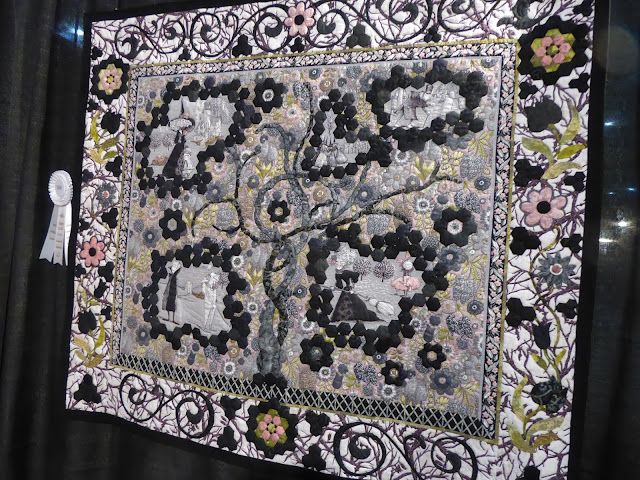 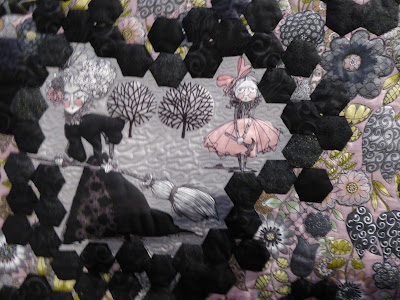 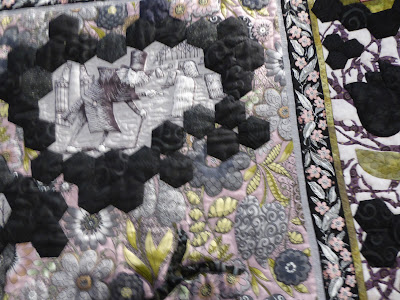 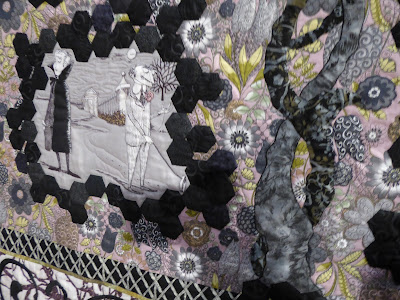 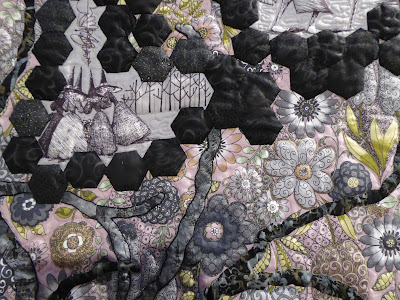 The caption on this one made made me laugh. It was the hammer and the "mother issues" that did it. Another caption that made me smile was on a miniature quilt to say "People think I'm nuts!" I thought she was nuts too but glad she was enjoying herself. Perhaps all of us who collect huge amounts of fabric and make surplus quilts are nuts too but happy with it.
Posted by Quayquilter at 21:03 No comments:

I think my favourite quilt was in the embellished section. It was composed of jeans, pockets, zips and all as well as charming applique. Indeed I think it  won this section. 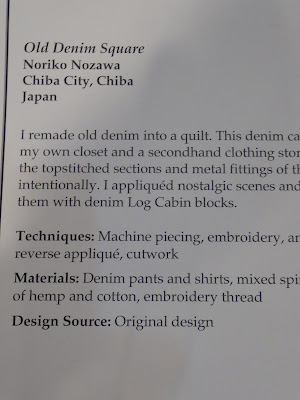